Your bathroom is calming, relaxing and the perfect place to soak your day away. But when soap scum and mildew invade, tile and grout cleaning becomes absolutely essential. This space requires work to keep it looking serene. Letting the residue that your showers, baths and time leaves behind won't contribute to it's tranquility.

What do you need to know about soap scum and mildew? Take a look at the basics on these tile invaders and what you can do about them.

The grout doesn't exactly look dirty. It's not dark or slimy. But it does look dull. And so does your tile. There's a whitish film on your tile and it's lost its shine. What's going on?

Most likely, you have soap scum. Or you have a mixture of soap scum and hard water build-up. Even though the shower gets you clean, you aren't do the same thing for the tile and grout. As you rinse soap, cleansers and shampoo off of you, you're also adding to the scum effect.

Soap scum can look brownish, frosty or even white. If you see something that is dark green or black and has a musty smell, it probably isn't soap scum. It's more likely that you're seeing mold. This requires a different type of tile and grout cleaning than soap scum does.

The moisture in your bathroom makes it almost impossible to stop the spread of mildew. But that doesn't mean you have to live with it. Mildew is often confused with mold. They both grow in moist environment, such as bathrooms. And they're both fungi. But that's where the similarity ends.

Mildew stays on the surface, making it easier to clean. Instead of the dark green or black coloring of mold, mildew tends to look lighter and is typically grey or white. It also has a powder-like texture, and not the slimy consistency of mild.

Now that you've identified your soap scum and mildew issues, it's time to clean. Regular maintenance, such as wiping down your shower after each use, can prevent build-up and growth from happening in the first place. But that's not always practical. You're in a rush to get to work, and don't have time to clean your shower. The same goes for the next day, and the next and the day after that.

Before you know it, soap scum and mildew have spread. A professional-level tile and grout cleaning can get the gunk out and leave your bathroom sparkling. Keep in mind, in between professional cleanings, it's important to regularly maintain your bathroom's tile with regular upkeep. This means wiping off excess shampoo or cleanser and using a commercially available or natural (such as vinegar and baking soda) cleaner at least once a week. 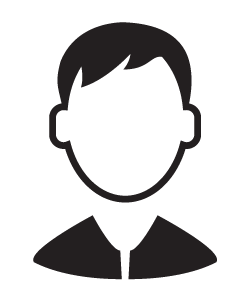 As soon as I bought my first home, I realized that there were a few issues with cleanliness. We were buying a home that was foreclosed on, and it was really obvious that there were some issues with the space. I knew that we needed to start by deep cleaning the entire space, so we set out to do just that. Within a few months, the entire home was clean, and I was really happy with how great it felt to have my own home. Read more about cleaning services on this blog, and how you can make your home even tidier.